Initially, I met Takeshi through ADRRN annual gathering in Bangkok, around 2008-2009. Since then on, we got to know each other through our work in ADRRN, particularly with creation of innovation hub that CWS Japan hosts.

Let me start with Takeshi. What impressed me was that he was spending a lot of time in Afghanistan and I was quite surprised how well he knew about the country. I asked him what motivated him to be there, and I remember him giving me a very interesting story about his
exposure and how he went back to Afghanistan to work after his initial visit.
When we met, he was traveling a lot between Afghanistan and Pakistan. As I was chairing ADRRN at that time, looking at it from such perspective, I thought he was among those who are really committed for grassroots action and with a genuine heart for the people, which is what has always driven me as well. I wanted him to be part of the ADRRN secretariat somehow, and we even had coffee table discussion in Bangkok to plan it out.

I respect those who can get the results done, while at the same time, have a sense of humility to learn from others and be sensitive to diverse cultures and norms that are typical to Asia. I see in him all such qualities. Takeshi also helped ADRRN make connections with the
humanitarian sector, and with CWS Japan’s contribution, we were able to build good relationship with colleagues such as ICVA, OCHA, ELRHA, etc. In that sense, the whole partnership approach of CWS Japan has blossomed and harvested into something good for all.

Out of all the ADRRN hubs, ATIH is doing the best and shining out in supporting the network and the secretariat. For this, I would like to recognize all its good efforts from Ikue (Innovation consultant in CWS Japan) and CWS Japan team who worked really hard to make it happen. I have been a part of advisory board of Humanitarian Innovation Fund at ELRHA and I feel that they consider ADRRN right at the center of their localization strategy. Many people are talking about the partnership, especially how ATIH built its relationship with ELRHA. It is one of the rare examples of real localization where knowledge and experience at the global level acts as enabler unlocking the leadership of global south and to curate ecosystem around it. 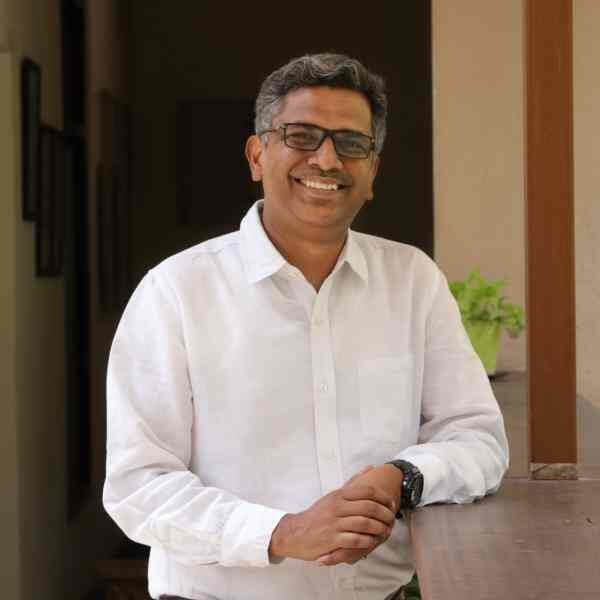 3. What are approaches and/or perspectives that you uphold as utmost importance in humanitarian and disaster risk reduction work?

Our greatest challenge is certainly the climate emergency; already we are 1.2 degrees level and we are approaching 1.5 threshold sooner than later, and number of disaster events are doubling every decade. Japan is among the top 10 countries that is affected and impacted by
climate change, and it has a role to play, not only in terms of becoming more resilient as a nation, but also take a leading role for promoting climate resilience in the region.

Japan is very resilient from an infrastructure point of view however its social system is facing challenges as recurring climate disasters are disrupting conventional behaviors and practices. Here, I believe CWS Japan should step in. As it hosts the innovation hub, there is a need to revisit 20th century tools and bring in new approaches that improve adaptive capacities of local population. Activities by CWS Japan should not just be confined to Japan, but become a a bridge for scaling impacts throughout the region leveraging the ADRRN network.

4. What advice do you have for CWS Japan and what do you expect from CWS Japan in the future?

Building on the achievement so far, the questions is how we can create an ecosystem around it to attract more capital and participation. For example, so many innovations are there in Japan also, and we would like to explore how we can pull them into the humanitarian sector for being able to save lives and reduce losses during disasters.